The members of the group are big fans of the games from Osprey Publishing.  We played Lion Rampant for our first game of the year.  We had four players with two playing the french and tow playing the English. 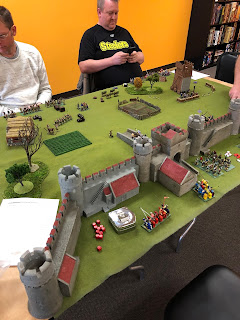 The English Army approaches the castle 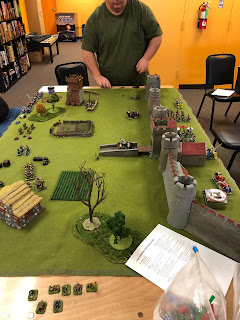 The French sally forth to burn the English camp 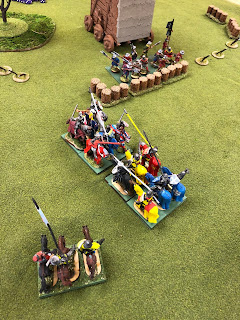 French and English knight charge one another outside the walls.

The English were able to defend their camp with minimal losses, and were victorious
Posted by Ken at 4:13 PM